In an age when phablets and big screen smartphones are more popular than ever, one manufacturer is swimming against the tide by trying to make its mobile phones as tiny as possible. Their latest achievement, a phone that’s smaller than the average human thumb and lighter than a metal coin.

The Zanco tiny t1 is being advertised as the world’s smallest mobile phone. It can fit into the tiniest of pockets, can store up to 300 numbers in its phonebook and makes an adorable-yet-practical gift. And just in case you’re wondering, Zanco claims that it is indeed a fully-functional ‘talk and text mobile phone’, allowing users to make and receive calls, and exchange text messages. 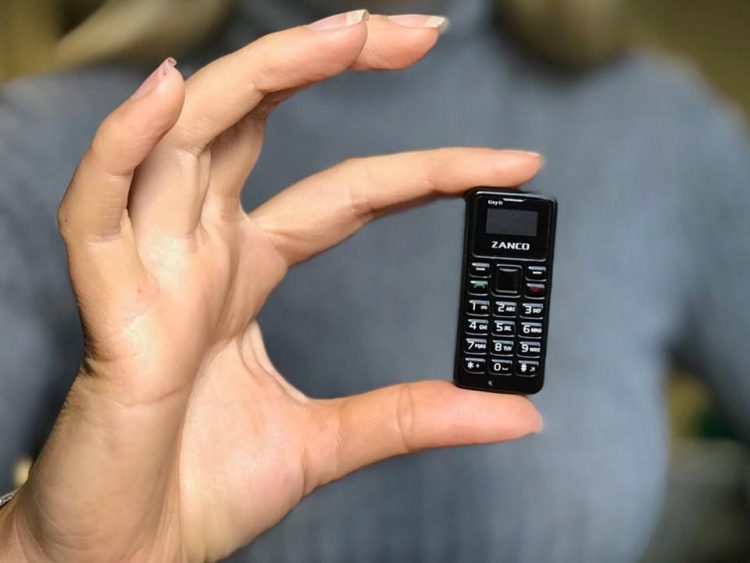 Zanco has been making tiny mobile phones for many years now, but even to them the tiny t1 started out as a joke. The guys at Clubbit, a marketing company working with Zanco, were shown a prototype of the manufacturer’s Zanco Fly micro phone, and they were so blown away by its size that they asked if a smaller mobile phone was even possible. Zanco founder Shazad Talib said ‘we could probably make one half the size’. 18 months later, the Zanco tiny t1 became a reality.

And not only was it half the size of the already small Zanco Fly prototype, but it featured all the necessary features of a functional mobile phone, including an alphanumerical keyboard, a tiny display and a 200mAh battery that can allegedly keep the phone running for up to 3 days in standby mode, and guarantees 180 minutes of talk time.