The Great Sea Reef, locally known as Cakaulevu is the world’s third longest continuous barrier reef system or the third longest reef in the southern hemisphere.The GSR runs for over 200km from the north eastern tip of Udu point in Vanua Levu to Bua at the north west edge of Vanua Levu, across the Vatuira passage, veering off along the way to hug the coastline of Ra and Ba provinces and into the Yasawas. As it snakes its way across the western sections of the country’s sea, the reef system takes on different local names but is part of one barrier reef system.

What’s so important about the GSR?

In 2004, WWF South Pacific through funding from Vodafone Fiji of $91,000 put together a team of researchers for a scientific survey to determine the biological diversity of the GSR system.

In order to devise a management strategy to improve fish numbers and restore damaged habitats, it is important to first know the condition of the fishing area and an estimate of the fish and non-fish and other biodiversity in the area.

“Biological diversity” simply put; refers to how various species in a particular area interact within their own species group and how these different species collectively effect the surrounding environment. The species in this instance refers to not only the marine species and organisms in that given area (that can range from corals, fish species to the type of seagrass) but also the people’s activities and interaction within that particular environment.

This particular biological survey found the reef to have approximately 55% of the known coral reef fish in Fiji (with a predicted actual value of 80%), 74% of the known corals found in Fiji and a total of 40% of all the known marine flora and fauna in the Fiji Islands.

In addition 117 species of sponges, 31 species of coelenterate and 12 species of ascidian were collected. The number of species recorded was the highest of any other reef area in Fiji. Populations of at least 12 species listed in the IUCN Red List of threatened species was observed, including 10 species of fish, the IUCN endangered green turtle and the spinner dolphin.

The survey also revealed populations of the locally endangered bumphead parrotfish (kalia), previously presumed extirpated; one new fish species and one presumed new record only previously known in the Indian Ocean and 44% of the known endemic reef fish in Fiji were observed. Within the hard corals, 43 new records were documented for Fiji. Of these, two were new generas, 16 new species were found to be new additions to the flora of the Fiji archipelago, and 2 possible new species were recorded.

WWF, the GSR and the Macuata Province

While the finding of that particular survey was news to a large number of people, it was particularly exciting to those intimately connected to the GSR. This was exemplified by the response of the Tui Macuata, Ratu Aisea Katonivere, as at the time he was not aware that the GSR is the third longest barrier reef system in the world.

As WWF does not have the resources to work across the whole length of the 200km reef complex, it is focusing on one third of the section that runs parallel to the Vanua Levu coastline, stretching along the shores of Dreketi, Macuata, Sasa & Mali.

The Tui Macuata’s qoliqoli covers an inshore area of 1,344 km2 , stretching from the mouth of the Dreketi River, to Korotubu in Sasa and to the islands of Kia and Mali, bounded to the seaward side by the GSR.

The working relationship between WWF and the Macuata Province began in 1998 with the women of Tikina Sasa (specifically Navakasobu and Korovuli villages) for the restoration of their wetland areas, the source place for the kuta grass (Eleocharis spp.) the traditional mat weaving material for which the women of the province are known.

Following a community management planning workshop organised by the University of the South Pacific’s (USP) Institute of Applied Science (IAS), a younger Tui Macuata, then the Roko or Chief Administrator of the province of Macuata saw the need for his qoliqoli members to be given the same training.

There was a clear indication of the vast knowledge of fishing, the historical perspective of the fishing area and the problems faced by the community.

All the participants were fishermen for the most part of their lives and thus had a thorough knowledge and understanding of the fishing areas. As the scientists later found out, the most impressive outcome of the workshop was the selection of specific sites as recommended tabu areas which formed the survey sites.

The outcome of the workshop resulted in the development of a Tikina Dreketi, Macuata, Sasa and Mali Qoliqoli Management Plan, which was formulated by participants building on their knowledge of the problems and environmental issues and concerns that the community experienced over the years.

Results of the survey found commercially important fish to be in low numbers and small sizes, which reinforced the issue raised by the local communities in relation to their fishing areas or i qoliqoli.

The basis for WWF taking on the partner role included the fact that GSR is a global priority for WWF and WWF was already working in Tikina Sasa (remember the wetland restoration activities).

By assuming this role, WWF is committing to work with the people to address the issues raised (that of diminished fish catches from the qoliqoli due to overfishing and degradation of the qoliqoli) on behalf of FLMMA. By extension, WWF has inadvertently committed to only leave Macuata at a time when the fish stock in the qoliqoli has increased and the habitats in the qoliqoli are healthy and restored.

At the right time in the future, WWF will eventually leave the site with the confidence that the qoliqoli owners, along with the structure in place to oversee the management of the qoliqoli has adequate resources to continue to effectively and adaptively manage their qoliqoli.

So the next time someone asks you where in the world Fiji is, don’t be discouraged by the small dot on the map, however be proud of the fact that whatever we may lack in land mass we make up for in the richness and resilience of our culture and natural environment. 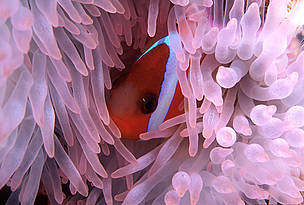 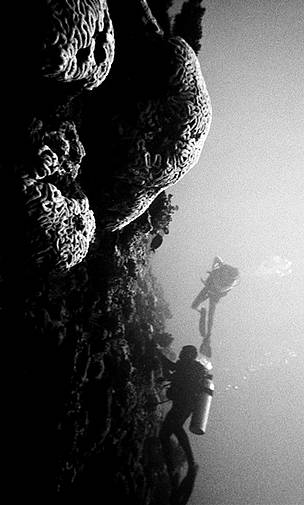 Summary: The hidden gem of the South Pacific

When we first heard from WWF that our reef was the world’s third largest barrier reef, we realised that we had to protect it for ourselves and future generations.