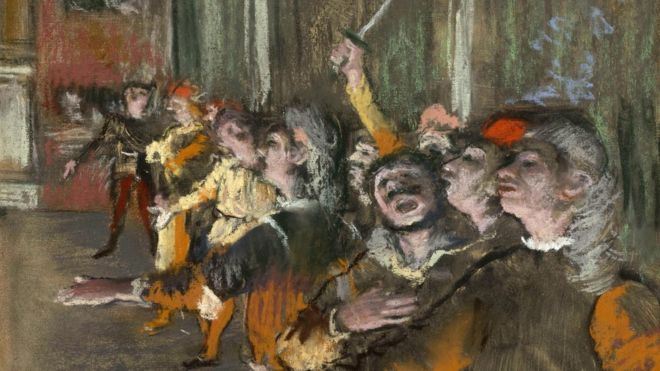 A Degas painting stolen from a Marseille museum in 2009 has been found on a bus near Paris.

The French culture minister, Françoise Nyssen, said authorities discovered the artwork in the luggage compartment of the bus that was stopped in a motorway service station.

None of the passengers admitted to owning the painting.

Customs officials discovered the painting inside a suitcase. Nobody has been arrested.

It was found during a random search, according to Reuters news agency.

The work was stolen from Marseille’s Musée Cantini in 2009. It had been on loan from the Musée d’Orsay in Paris.

Authorities at the time said there was no sign of a break in.

The pastel artwork dates from 1877.