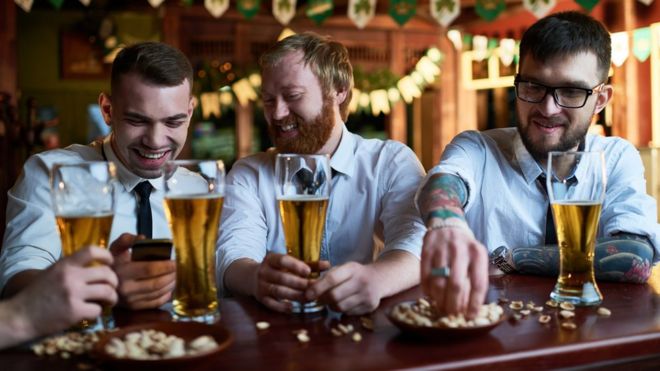 Regularly drinking above the UK alcohol guidelines can take years off your life, according to a major report.

The study of 600,000 drinkers estimated that having 10 to 15 alcoholic drinks every week could shorten a person’s life by between one and two years.

And they warned that people who drink more than 18 drinks a week could lose four to five years of their lives.

The 2016 UK guidelines recommend no more than 14 units a week, which is six pints of beer or seven glasses of wine.

Authors of the Lancet study said their findings backed up the new guidelines and also said they did not find an increased risk of death for light drinkers.

Scientists, who compared the health and drinking habits of alcohol drinkers in 19 countries, modelled how much life a person could expect to lose if they drank the same way for the rest of their lives from the age of 40.

They found people who drank the equivalent of about five to 10 drinks a week could shorten their lives by up to six months.

The study’s authors also found drinking increased the risk of cardiovascular illness, with every 12.5 units of alcohol people drank above the guidelines raising the risk of:

Drinking alcohol was linked with a reduced risk of non-fatal heart disease, but scientists said this benefit was wiped out by a higher risk of other forms of the illness.

Another Danish study found drinking three to four times a week was linked to a lower risk of type 2 diabetes.

“This study makes clear that on balance there are no health benefits from drinking alcohol, which is usually the case when things sound too good to be true,” said Tim Chico, professor of cardiovascular medicine at the University of Sheffield, who was not involved in the research.

Recommended limits in Italy, Portugal, and Spain are almost 50% higher than the UK guidelines, and in the USA the upper limit for men is nearly double this.

But Victoria Taylor, senior dietician at the British Heart Foundation, which partly funded the study, said this did not mean the UK “should rest on its laurels”.

“Many people in the UK regularly drink over what’s recommended” she said.

“We should always remember that alcohol guidelines should act as a limit, not a target, and try to drink well below this threshold.”

Dr Angela Wood, from the University of Cambridge, lead author of the study, said: “The key message of this research is that, if you already drink alcohol, drinking less may help you live longer and lower your risk of several cardiovascular conditions.”