(Stuff.co.nz) – Investigators probing the crash of a Germanwings jet in the foothills of the French Alps will seek to determine why the aircraft made a rapid descent spanning eight minutes without a single mayday call.

It was French air traffic controllers, not the A320’s two pilots, who declared an emergency after the plane spent just 60 seconds cruising at 38,000 feet before plunging, seemingly still under control, to 5,000 feet. The Airbus Group model, bound for Dusseldorf from Barcelona, was carrying 150 people. 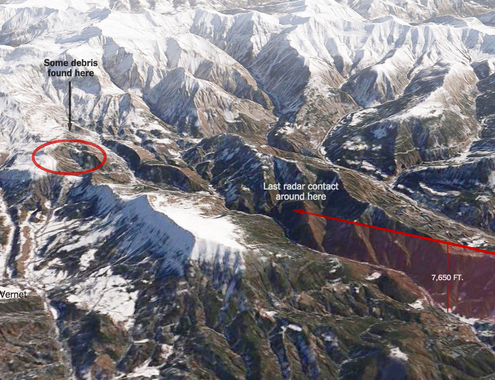 Why neither pilot issued a distress call and why the plane lost altitude without seeking permission will be a key focus for France’s BEA air-accident investigation bureau as it probes the crash and the plane’s black boxes, once of which has been found. Declaring an emergency even in difficult circumstances is a bedrock principle of pilot training, compounding the mystery over the crew’s silence as the tragedy unfolded in broad daylight and benign weather conditions.