Fruit farmers in Okayama, Japan, have managed to make peeling a banana optional by developing a special variety with edible skin. The peel of their “Mongee Banana” is not particularly tasty, but it is considerably thinner and far less bitter than that of regular bananas, making it 100% edible.

To create the incredible Mongee – which is actually Okayama slang for ‘incredible – scientists at D&T Farm, in Okayama Prefecture, developed an innovative method called “Freeze Thaw Awakening” which involves recreating conditions from 20,000 years ago, at the end of the ice age, when plants would emerge from harsh winter temperatures to grow. They froze banana saplings to -60 degrees Celsius, planting them again as they began to thaw. This apparently activated an ancient part of their DNA, which not only allows the plant to thrive in Japan’s cool climate, but also accelerates its development. While tropical varieties of banana require two years to grow large enough for consumption, the Mongee banana needs just four months. 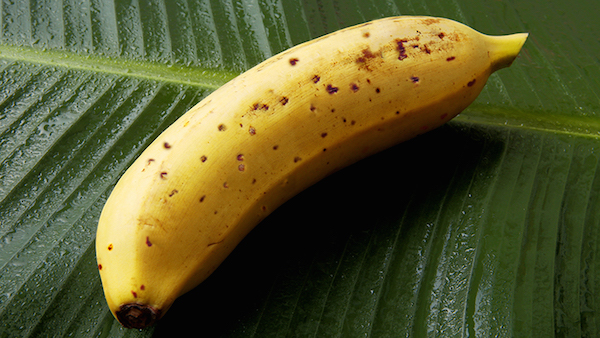