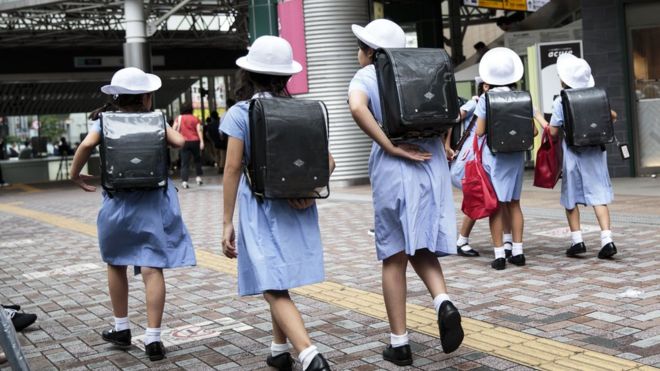 Children in Japan will be considered adults when they are 18 as opposed to 20, under a new proposal that is supported by the government.

If the change is approved, 18-year-olds will be able to get married, sign contracts and take out loans without the consent of their parents.

But teenagers will still be banned from smoking, drinking alcohol and gambling until they are 20.

If parliament votes in favour of the bill it will take effect in 2022.

It would be the first change to the law that defines adulthood since it was set in 1876.

Under the existing law, people under 20 can only get married with the consent of their parents. Men can do so at 18 and women at 16.

But this amendment will raise the age that women can get married so that all 18-year-olds will be able to do so without parental consent.

The government decided to make the age of marriage the same for both sexes because there was no justifiable reason for the difference, according to Japan’s Kyodo news service.

Separately, the bill will allow 18 and 19-year-olds to sign contracts for mobile phones and credit cards.

This has led to fears that some businesses may use sales tactics that target and exploit vulnerable young people.

The bill includes clauses that are designed to protect against this problem. For example, young people will be able to cancel a contract if they believe salespeople have manipulated or pressured them into signing it.

The Education and Justice Ministries have also said they will educate teenagers about the responsibilities that would come with the change.