(CNN) – A decade ago al Qaeda would meet potential recruits face to face; now ISIS engages in one-to-one dialogue while sat 2,000 miles away.

With what it says is a $2 billion budget, the group produces slick videos in which sexy bearded jihadists are paraded as potential husbands and burka-clad jihadi brides carry Kalashnikovs while extolling the virtues of the utopian Caliphate and a “guaranteed ticket to paradise.”

Aqsa Mahmood, 19, left home for university one morning in November 2013 never to return. Instead of going to classes, she travelled to Syria; last February she married a jihadi fighter, and since then she has become a notorious poster girl for ISIS.

What is so unusual about Aqsa is that she was given every chance in life: privately educated and offered freedoms that many other Muslim girls would envy.

And while most were quick to condemn the Mahmood family for missing the signs of radicalization, 18 months on they remain none the wiser as to what prompted her to run away — Aqsa’s parents had actually warned their children of the need to avoid extremist websites.

Following the terror attacks in London on July 7, 2005, the then Prime Minister Tony Blair insisted those responsible were motivated by an “evil ideology,” a “perversion of Islam that promoted absurd grievances,” and that they had nothing to do with the war in Iraq, but he was wrong: the Iraq “adventure” opened the gates of hell, and today young Muslims are being seduced by an updated narrative.

For over a decade mosque leaders have been asked to eradicate extremism but they are no more than glorified gatekeepers whose lives bear little relevance to those of most modern day Muslims. The need to tackle radical preachers has crushed political debate and created a dangerous vacuum which is now being filled outside of mosques.

READ: What is ISIS’ appeal for young people?

Every new atrocity is invariably followed by useless public statements of sorrow from so-called “Muslim leaders,” further increasing the anger felt by the younger community — successfully drawing young Muslims away from the path of violence takes more than routine declarations that “Islam is a religion of peace.”

It is easy enough to dismiss the words of wannabe radical jihadists as little more than the posturing of nihilistic adolescents, but the steady stream of recruits to ISIS cannot be ignored.

Several years ago al Qaeda recruitment propaganda included videos of men with long beards ranting in Arabic in front of a black flag, followed by grainy footage of a truck blowing up as it drove towards Americans. It wasn’t particularly effective as a recruitment tool, but then they only needed a handful of recruits to change our society for ever.

Their propaganda contains the same violent, distorted interpretation of Islam but it is more advanced than anything al Qaeda ever produced, and the authorities cannot police it or compete with it.

For many, the greatest shock has been young girls like Aqsa wanting to leave behind their Western comforts and freedoms to join ISIS, but why should it be a surprise that young Muslim women are as angry as their male counterparts?

There is no single road map to recruitment, but for a teenager becoming a Jihadi bride or fighter is much more appealing than becoming a suicide bomber, however distorted that logic may seem to us. 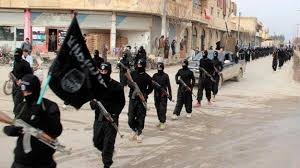 READ: Why is ISIS so successful at luring Westerners?

Full of adolescent frustration, young Muslims are being lured into a romanticized and glamorous world which bears no relation to the misery actually inflicted by ISIS.

It doesn’t matter if the narrative is false, because ISIS is winning the propaganda war: the inability of the mainstream to deal with the anger felt by the Muslim community provides cannon fodder for the hatemongers.

ISIS is left unchallenged on double standards of foreign policy, Israel, rendition, torture, or Assad’s reign, which has left 200,000 dead, because there is nothing that Western governments can say without being accused of duplicity and double standards.

Aqsa’s family describe her as a “bedroom radical” of the type the British Government has been desperate to combat by trying to shut down websites and social media.

Yet last year the International Centre for the Study of Radicalisation and Political Violence found “little evidence to support the contention that the internet plays a dominant role in the process of radicalization.” A concentration on social media avoids the real world social relationships which help create terrorists.

Many young Muslim people asserting their identity in an Islamophobic society detest the hypocrisy of their elders, whose cultural and sectarian traditions they consider irrelevant to modern day Islam.

While mosques pay lip service to the “brotherhood of man” they exclude 50% of the community by discouraging women from attending, and anyone below the age of fifty is told to shut up and show respect. As for racial unity, it is at best tokenistic and at worst institutionally racist.

READ: The names: Who has been recruited to ISIS?

Young British Muslims live a schizophrenic existence, stuck between their immigrant parents’ cultural identity and that of the West which doesn’t want them. Extremists exploit this identity crisis by offering them a new life.

Most parents wouldn’t know if their teenagers were drinking or having sex, let alone being groomed by ISIS; many young Muslims — already adept at living a double life — will hide their digital footprint in exactly the same way.

In many cases, there is tremendous relief for parents when a teenager comes home one day and announces she is becoming religious, rather than saying she is pregnant or on drugs, but it also gives rise to a false sense of security.

The failure to deal with the grooming of underage girls by ISIS is a child protection issue: when a paedophile makes contact with a child, he builds up trust over several months, convincing the child not discuss anything with her parents. When the time is right he convinces the child to leave her family and join him. The process is identical in radicalization by ISIS.

Thousands of young people across Europe are at risk of being trafficked to Syria for marriage and holy war. In any other situation, they would be regarded as children — yet pin the ISIS label on them and the knee jerk reaction is one of condemnation.

The exploitation of the politics of fear combined with tougher terror laws has created a climate of fear for Muslims who are portrayed as threatening a “civilized” way of life.

We are quick to forget recent history: the disastrous treatment of the Catholic community in Northern Ireland produced a sense of burning injustice which acted as a recruiting sergeant for the IRA for more than four decades. Today, Muslims are being dealt with in the same way.