Doris Roberts, who was best known for playing meddling mother Marie Barone in US sitcom Everybody Loves Raymond, has died aged 90.

A family spokeswoman said the actress died in Los Angeles overnight on Sunday in her sleep. She added Roberts had been healthy and active.

Her on-screen son Ray Romano paid tribute saying she “had an energy and a spirit that amazed me”.

“She never stopped,” he told Entertainment Tonight. “Whether working professionally or with her many charities, or just nurturing and mentoring a green young comic trying to make it as an actor, she did everything with such a grand love for life and people and I will miss her dearly.” 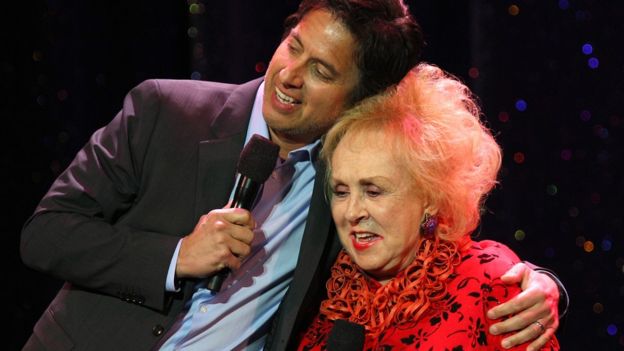 Ray Romano paid tribute to the actress, saying she had ‘a spirit that amazed me’

Patricia Heaton, who played Marie’s daughter-in-law Debra, said it was “truly the end of an era”.

“My wonderful TV mother-in-law and (Everbody Loves Raymond) nemesis Doris Roberts was a consummate professional from whom I learned so much,” she said.

“She was funny and tough and loved life, living it to the fullest. It was truly a privilege.”

Brad Garrett, Roberts’ other on-screen son, added he was “deeply saddened” and paid tribute to “an amazing lady and brilliant actor”.

“Doris was vibrant and full of life both on and off the stage, and I am so grateful we shared so many wonderful memories. I will miss her greatly and will always remember her incredible kindness, humour, talent and heart.”

Spokeswoman Janet Daily confirmed Roberts had died overnight in her sleep. She was told of the death by Roberts’ son, Michael Cannata.

Doris Roberts was born on 4 November 1925 in St. Louis, and grew up in New York.

She won five Emmy Awards over the course of her career, four of which were for her work on the television series Everybody Loves Raymond.

Writing on Twitter, the creator of Everybody Loves Raymond, Phil Rosenthal, called her “a wonderful, funny, indelible actress and friend”.

CBS said in a statement that Roberts “will be remembered for lighting up every room she walked into with an unparalleled combination of energy, humour, warmth and even a little bit of grit.”

She was awarded her first Emmy in 1983, for her supporting role on the series St. Elsewhere.

The actress was also known for her role in the 1980s TV detective series Remington Steele. 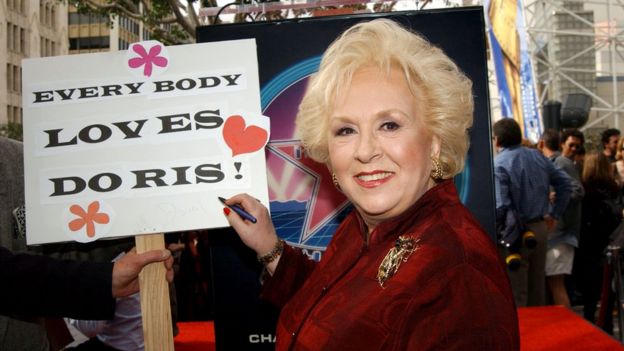 Her early TV appearances included episodes of Studio One, The Naked City and The Defenders.

She appeared in several films, including The Rose, Madea’s Witness Protection and the original version of The Taking of Pelham 123.

Roberts was also a familiar face on Broadway, beginning her stage career in the 1950s with appearances in shows such as Neil Simon’s The Last of the Red Hot Lovers and Terrence McNally’s Bad Habits.

But it was Everybody Loves Raymond that Roberts credited with “putting my career over the top,” in an interview with the Associated Press in 2005.

After the sitcom came to an end, the actress publicly expressed concern about what she would do next, commenting: “Who knows after this? Nobody writes for older people.”

But she continued to be cast in films in subsequent years, including The Red Maple Leaf – a film co-starring James Caan and Eric Roberts which is currently in post-productionRoberts attended the Hollywood Film Awards in Beverly Hills in November last year

An enthusiastic cook, Roberts co-wrote Are You Hungry, Dear? Life, Laughs, and Lasagne, a memoir including recipes, in 2005.

She was awarded a star on the Hollywood Walk of Fame in February 2003.

Fellow actors took to social media on Tuesday to pay tribute to her.

Actor James Woods tweeted: “So sad to hear of Doris Roberts’ passing. What a lovely person and a fun colleague she was. RIP, dear Doris.”

Roberts often played mothers, and over the course of her career was cast as the mother to characters played by Billy Crystal, Bette Midler and Tony Danza.

On Tuesday, Danza paid tribute to the actress on Twitter, writing: “Rest in peace, Doris Roberts. Thank you for playing my mom. Thinking about Michael and the rest of your family.”

Actress Lea Thompson, best known for playing Marty Mcfly’s mother in in Back To The Future, wrote: “So sad to say goodbye to Doris Roberts today. She was a great and funny woman.”

Bridesmaids star Wendi McLendon-Covey said: “I want to be Doris Roberts when I grow up. One of my comedy inspirations. She made the world a funnier place.”